I visited a number of Asian countries in 2011 and was amazed at the dynamism and commitment of the young Jesus followers.

One network, in a country that I will not mention, stuck out to me as an outstanding example. They have started almost a thousand new communities, many of them multiplying into the second and third generation. And like many new movements in the non-Western world, a Sunday worship service as an evangelistic entry point for potential members, has not been part of their ministry portfolio. Which was the subject of my somewhat provocative post a few days ago, 9 Reasons NOT to plant a church in 2012.

So if they didn’t start worship services, how did they start a replicating movement of Christian communities and how do they maintain such a high level of spiritual growth?

Of course it’s hard and a little presumptuous to claim which elements of their ministry are the most important but . . . here are 11 practices that I think have contributed to their success:

The Bible studies were simple and regular. And there was a lengthy program of discoving Jesus in the gospels which took months to complete. Most who completed the study decided to follow Jesus by the end. Discipleship was based on an “obedience-based approach” to the Scriptures that happened around their 3 simple Bible study questions [see 4. Simple habits]. When the group meets again, everyone is held accountable to do what they said they were going to do and this way the Word becomes an integral part of life.

The people were hospitable to visitors who seemed to come at any time of the day or night. Their houses were full of young people living there while their lives were being transformed. I did not see any buildings used for worship or church functions. Bible studies and events took place in the houses, with young people sitting on carpets and mattresses, but I would not classify it as a house church movement, since there was no regular worship service to invite neighbours into.

The primary influx was young people from the margins, the underbelly of society and those discarded by it, drug addicts, and postmodern sub-cultures rather than mainstream folk. I have seen this trend all over Asia including Japan. Most of the leaders I met had come from these backgrounds also.

Nothing took a lot of skill. Teaching Bible, sharing jesus, leading AA-type meetings, no need for a charismatic superstar to attract an audience and in fact, there wasn’t one. Anyone could lead after a short time of instruction. The Bible studies, for example, were based on the same pattern:

After reading a passage together, they all answered 3 questions:

Financial sustainability came partly from their micro-businesses. The organic products from these businesses were among the best and healthiest in the country, even if they had not yet found a way to promote or distribute them widely. They had also innovated in the production process and believed God gave revelation that is helping them produce more and better goods and in a way that blesses the environment rather than taking from it.

They had a dedicated building for rehabilitation of drug addicts and also used it for multi-faith gatherings where people from every background could meet each other and build friendships. It was also a space for urban ministry folk to retreat to for refreshment.

The ministries did not smell foreign. Certain areas of their ministry were more raw and vulnerable than others and they did not want foreigners, especially white Americans, turning up and stirring up unnecessary attention among the neighbours. Although they had not heard of it, the description “insider movement” would probably fit. I recognized one or two Western songs in the singing and the music they created was in part influenced by the global scene, but the ministries were quite Hillsong-free. Not all the Jesus followers used the “Christian” term. The size of the ministry was played down rather than promoted.

Weekly services are sometimes not enough for those struggling to walk a new path, especially coming from addictions and deeply ingrained destructive lifestyles. Meeting daily, even if for a short time, was the norm. Some did this around meals, some around Bible studies.

The Christians organized the outreach events to the urban poor and young people from many other religious backgrounds participated. I saw Hindus, Buddhists, Muslims and atheists all join in and work together. These same people would later return during the week to hang out and talk.

10. Something for the whole family.

Outreach to the discarded of society involved visiting the families of those youth and attempting some reconciliation or at best, informing the parents that their kids were OK. Baptisms were generally postponed until the whole family joined in.

I didn’t see legendary all night prayer meetings like the Koreans but prayer was a casual part of everything they did. There were many physical healings in answer to prayer and the supernatural was accepted as normal.

Yes, the ministries were characterized by GRACE. Some of the leaders had fallen back but had bounced out and launched forward again by the grace of God and were embraced back into the community. And they were wonderfully generous. Being poor, they made many rich. Including our family who were treated like royalty. We left with our backpacks filled with gifts and our hearts filled with a sense of overwhelming debt of gratitude.

Also, the intentionality of the movement was focused on impacting people’s lives with the gospel and NOT on creating community or starting churches which they saw as a natural outgrowth.

I am SURE there were other factors that contributed to the success of this particular movement but alas, I am too young and too dumb to know what they were. So I humbly leave these 11 practices with you to contemplate and discuss. 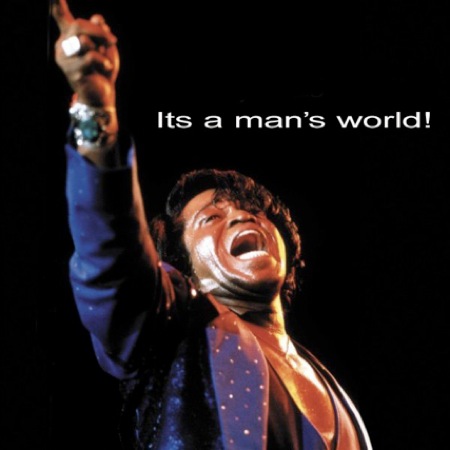